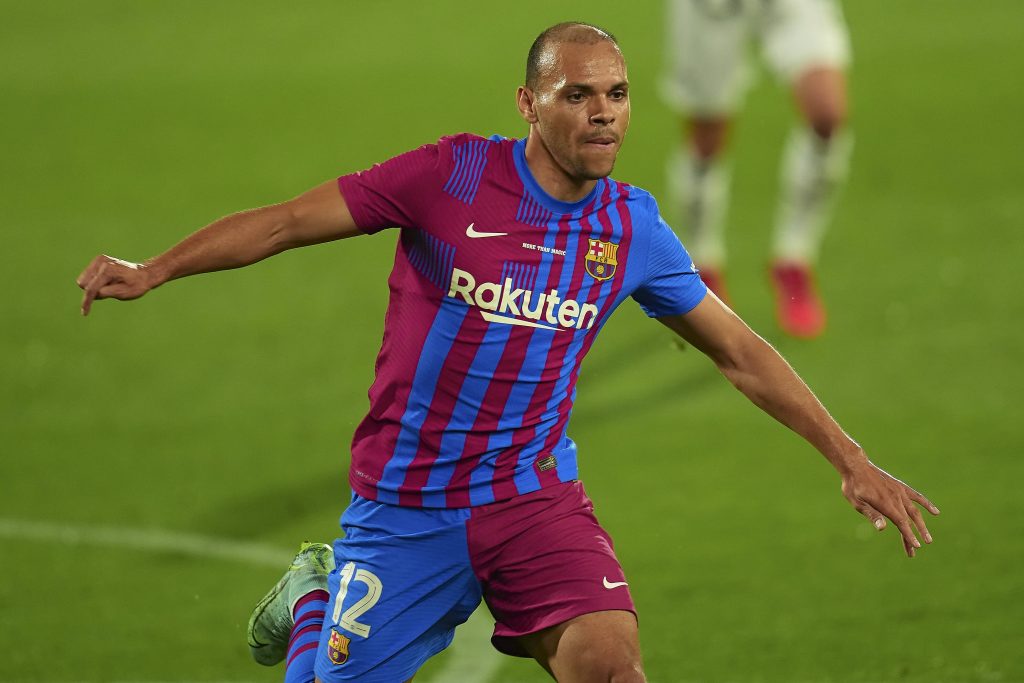 The Hammers are long-term admirers of the Denmark international, and they recently agreed a deal of around €15 million for his signature.

Despite the preliminary agreement, Braithwaite has asked for more time to assess his future. He is waiting for an approach from Spurs.

Spurs are still uncertain over the future of Harry Kane, and he could make a British-record move to Manchester City in the coming days.

In that case, they could reportedly bring in two strikers to fill the void. Spurs have Braithwaite as one of their top targets for the summer.

The Hammers are desperate to add a new centre-forward to their ranks. Michail Antonio continues to remain their only specialist striker.

Braithwaite does not have an impressive scoring record, but his work rate and strong aerial ability is something that has caught the Hammers’ radar.

The 30-year-old is coming off a promising European Championship campaign with Denmark, and Braithwaite appears to be waiting for the best proposal.

As things stand, Kane is going nowhere and he could feature for Spurs when they face off against City in the Premier League opener on Sunday.

However, with the fast-moving nature of this summer’s transfer window, anything can happen at short notice and Kane could move on.

If the England international leaves, Spurs would obviously pursue a regular goalscorer to replace him. Braithwaite could act as the back-up.

He has been playing a similar role at Camp Nou. It does not appear the best career choice, but Spurs are a more lucrative prospect than the Hammers.

The club have added quality to their ranks with Cristian Romero, Bryan Gil and Pierluigi Gollini and have shown more ambition than West Ham.

The Hammers ended last season with a splendid sixth-placed finish, but goalkeeper Alphonse Areola remains the only new addition to the squad this summer.