John Stones has signed a contract extension at Manchester City until 2026.

The 27-year-old joined City from Everton five years ago, and has gone on to win three Premier Leagues, two League Cups and one FA Cup.

Centre-back Stones was an integral part of the City squad as they reclaimed the league title last season, while his form earned him a recall to the England set-up.

Stones started every match as England reached the Euro 2020 final, while at City he made 35 appearances in all competitions in 2020-21.

“I couldn’t be happier,” Stones said. “I love being part of this squad. There are so many quality players here and I know we can continue winning trophies, which is my main focus.

“Working with the manager [Pep Guardiola] is a dream – he has taught me so much about the game and I feel like I learn something new every single day.

“The success we’ve had in the last four years has been incredible. To be a part of it has been a dream come true and I just want to continue winning.

“This is the best place for me to play my football and fulfil my ambitions.”

Guardiola cast doubt over Stones’ future last year with the defender struggling for form and fitness, but a turnaround saw him become a more influential member of the squad last season.

This earned him an England recall in March, when Stones made his first international appearance since November 2019, and on top of making 22 Premier League appearances in 2020-21, he went on to play the last six matches of City’s Champions League campaign as they reached the final for the first time – where they lost to Chelsea. 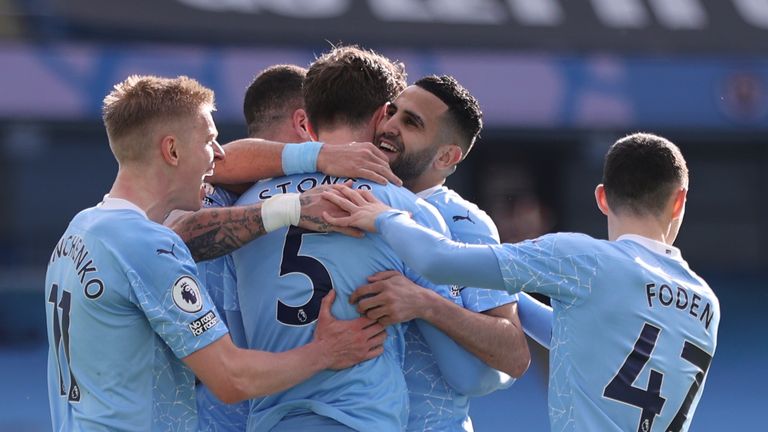 Stones’ impressive form with Manchester City and England is testament to his character after the defender endured ‘a bit of a bumpy ride’, says Matt Upson

Director of football Txiki Begiristain said: “This is great news for our club. John is an exceptional footballer and a fantastic defender, whose attributes are well suited to our style of play.

“We knew when we signed him that we were getting a talented centre-back, but he has really matured in his five years here and, as we saw last season, is at the top of his game right now.

“John has been an important part of our recent success and we believe he can continue to help us achieve our goals, so for him to commit his best years to us is a major boost for the club.”