Twitter says the United Kingdom was “by far” the main origin of racist posts aimed at England players after the Euro 2020 final.

The trio were subjected to sickening online abuse in the aftermath, with police last week confirming they had so far made 11 arrests during their investigation of online racial abuse of England players.

Twitter has now shared an overview of their analysis of “the abhorrent racist abuse” directed at players on the platform around last month’s final.

“On the night of the Euros final, our automated tools kicked in immediately, and ensured we identified and removed 1,622 abusive tweets in the 24 hours that followed,” Twitter UK posted.

“Only two per cent of the tweets we removed generated more than 1,000 impressions. 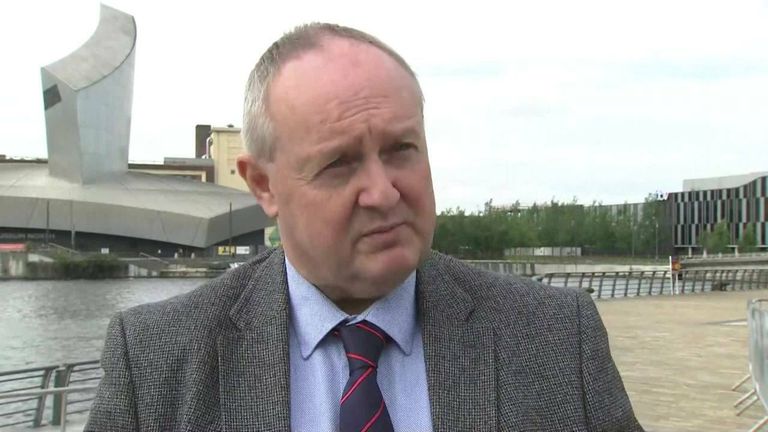 People who use social media to send racist abuse can no longer hide behind the internet, says police chief constable Mark Roberts

“While many have quite rightly highlighted the global nature of the conversation, it is also important to acknowledge the UK was – by far – the largest country of origin for the abusive tweets we removed.

“Our data suggests that ID verification would have been unlikely to prevent the abuse from happening – as of the permanently suspended accounts, 99 per cent of account owners were identifiable.

“Since our update in February, we’ve improved our proactive tools to identify racist abuse and removed just under 13,000 tweets – of which 95 per cent were identified proactively.

“Soon, we will be testing a new product feature that temporarily autoblocks accounts using harmful language.

“There is no place for racist abuse on Twitter.

“Our aim is always that Twitter be used as a vehicle for every person to communicate safely.

“We’re determined to do all we can, along with our partners, to stop these abhorrent views and behaviours being seen on and off the platform.”

The Premier League has introduced new anti-discrimination measures to be implemented this season.

All 20 clubs have agreed to enforce new League-wide punishments, including bans, for any individual found to have behaved in a discriminatory or abusive way towards players, staff, officials, stewards or fans attending a Premier League match.

The sanctions will cover behaviour conducted both in person and online and will include permanent bans from attending all Premier League matches.

“The commitment from all clubs to enforce League-wide bans demonstrates there is no place for discrimination of any kind in football and we will continue to work together to fight all forms of prejudice.

“Football is a diverse sport, which brings together communities from all backgrounds. We call on fans to come together with us and our clubs to help tackle discrimination by challenging and reporting abuse wherever they see it.”

Sky Sports is committed to making our channels a safe place for debate, free of abuse, hate and profanity. If you see a reply to Sky Sports posts and/or content with an expression of hate on the basis of race, colour, gender, nationality, ethnicity, disability, religion, sexuality, age or class please copy the URL to the hateful post or screengrab it and email us here.