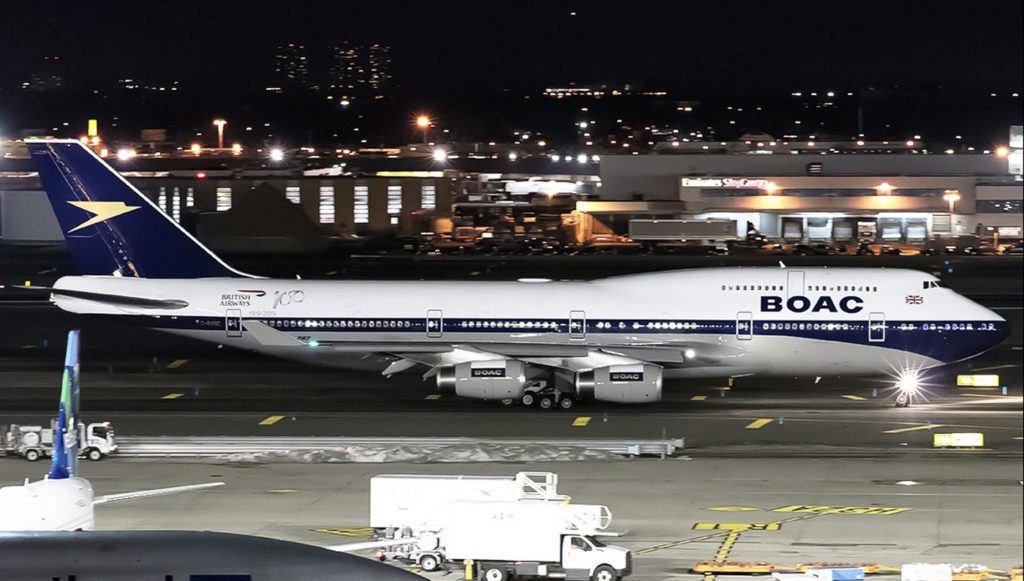 WHAT YEAR is it anyway? It’s hard to tell these days looking around the tarmac, as airline after airline jump on the retro livery bandwagon. I could name fifty carriers from every corner of the route map — from Air Canada to Qantas to Turkish — that have painted up one or more of their jets in colors from the past. Every day I see a new example somewhere on Instagram or in the travel blogs. The phenomenon is so common that it needs a name. Hence I am coining the term “retrojet.”

Whether this is symptomatic of some greater cultural infatuation with the past I can’t say. Whatever its cause, I like it. Have we gotten carried away? Heck no. As far as I’m concerned, keep them coming.

Many of these reprised schemes were originally put to pasture for good reason. They were ugly and timeworn. Others, such as the 1970s-era colors replicated on the British Airways 747 shown above (itself since retired in the wake of COVID), are gorgeous, and seeing them again has been a sad reminder of just how cheap and debased the modern livery has become.

But this isn’t the point. We’re not supposed to be judging them on aesthetic merits. They’re historical reminders. Like photographs come to life, they provide a bit of time-travel for nostalgic passengers (and employees). And, they’re fun. They turn heads, break the monotony, and give us something to reminisce about. Sure, some of them are unattractive. They have to be.

But if you’re going to do it, do it right. American Airlines has more retrojets than anyone, paying tribute to the many companies that it merged with, gobbled up, or that otherwise have a role in its history: TWA, America West, Piedmont, AirCal, PSA, etc. This is an airline with some complicated DNA, and the effort makes sense. The problem is, they didn’t go far enough. Below is a photo I took recently of an Airbus A319 honoring Allegheny Airlines. A major player for decades in the eastern half of the country, Allegheny changed its name to USAir in 1979, then to US Airways later on, until merging with American in 2013. 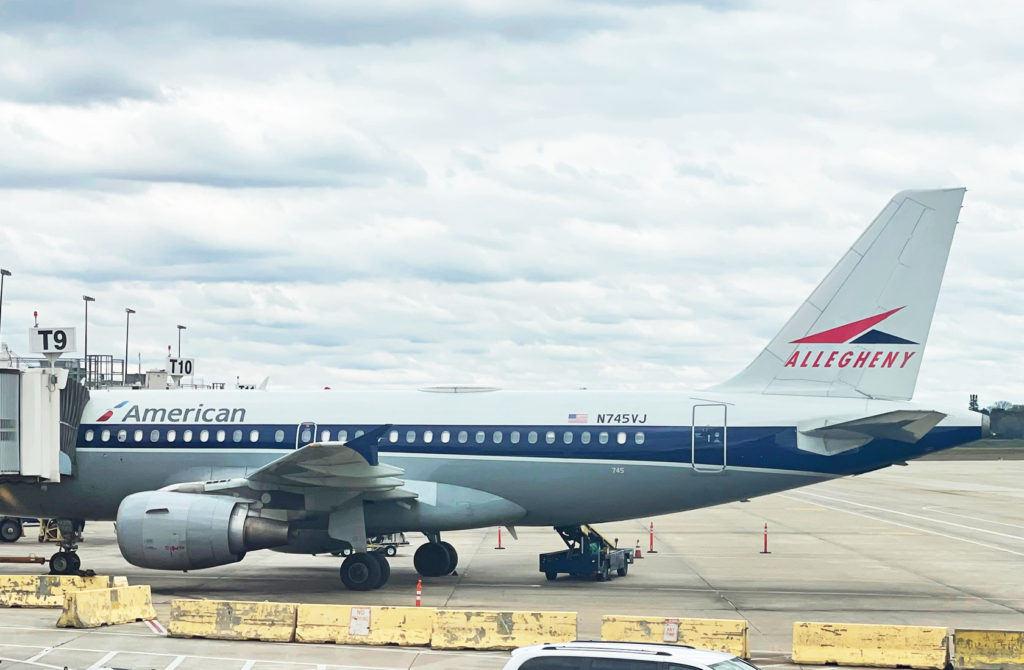 So, what is this exactly? The striping and tail is vintage Allegheny. They even took the trouble of including the “VJ” registration suffix, worn by that carrier’s DC-9s back in the day. But then they spoil the whole thing by slapping “American” in full-sized lettering across the side, replete with that dismal logo it introduced a few years ago. American’s other examples follow the same template. The result isn’t quite nostalgic and isn’t quite modern. It’s a jumble that undermines the intent.

If you want to include a small “American Airlines” decal as part of the design, that’s fine. But don’t create a clunky hybrid that the average traveler can’t make sense of. Even if you’ve never heard of Allegheny Airlines, a jet in that airline’s full colors would at least be coherent, not to mention historically accurate. A paintjob that’s part American and part Allegheny is just confusing.

AA’s better and more honest throwback effort was its “Astrojet” 737s, which debuted over 20 years ago. These were some of the very first planes to sport a heritage livery. I remember the thrill that I got riding one from Miami to Panama.

Meanwhile, a peculiar holdout in this game has been Delta. The nation’s third-largest carrier, whose lineage is almost as colorful and complicated as American’s, is yet to give us a single retrojet. I’m unsure what the reluctance has been, but I’d love to see an A350 in the airline’s 1970s-era blue and red stripes with the black nose. Or how about a 757 in North Central colors. Lots of opportunities here.

Maybe, though, along with other carriers who’ve resisted, it considers the idea a watering-down of its image. Delta has a strong brand identity and chooses to keep it intact and untarnished, across the board. Boring, but logical. More importantly, these things cost money. Not blowing cash on unnecessary paintjobs is something shareholders, not to mention US taxpayers, might appreciate right now.

Delta has no retrojets but could. JetBlue, on the other hand, has one but shouldn’t. The JFK-based airline has decorated an Airbus A320 in an old-timey scheme featuring an ochre and blue cheatline and the titles “New York International.” It’s a nostalgic-looking uniform that screams late ’60s or early ’70s. It’ also completely made-up. JetBlue has only been in operation since 2000, and this livery never existed. They do have a gift for self-promotion, that jetBlue, and here they’ve been especially clever.

For what it’s worth, had the company been around in, say, 1973, its planes probably would have looked like this… 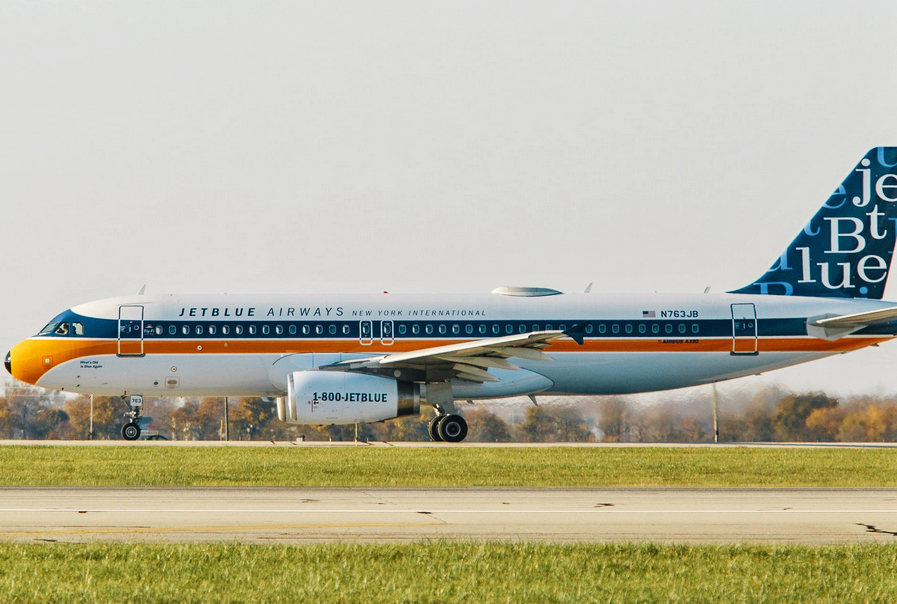 This gets me thinking. What is the longest-surviving airline livery out there? Who, amidst the frenzy of redesigns we’ve seen over the past decade, has hung on?

One that comes to mind is Air France. Although its typeface has changed and the tail has been streamlined, the overall uniform has been the same for 40 years. KLM is another. Others have gone with new looks but retained meaningful portions of earlier identities: Aeroflot’s winged hammer and sickle, for instance, or JAL’s beautiful Tsurumaru logo, which it brought back after a disastrous mid-1990s revision.

Who am I forgetting?